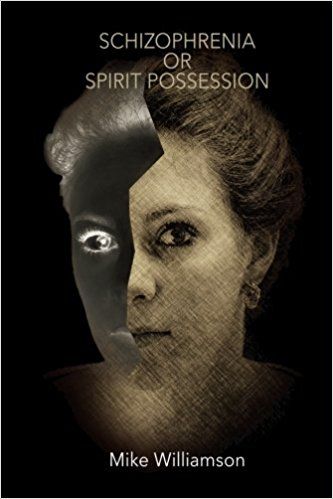 While working as a medium over the past 35 years, I have met many people who thought they were mentally ill because they were hearing voices. There are people who will live their lives taking drugs they don’t need, because the medical profession doesn’t believe people’s brains can be affected by discarnate spirits. There are other causes for hearing voices and having mood swings, like the side effects when taking medication and certain illnesses. When these causes have been eliminated, there can only be one option.

Scientists study the brain looking for abnormalities when the problem is from another source – the spirit world. The criteria for diagnosing schizophrenia is regularly discussed. It can be seen that if medical science was right, then anyone who is in touch with the spirit world, including mediums and psychics, are schizophrenic, bi-polar, or have multiple personality disorder.

The brain is like a receiver; it receives information form external sources through senses such as sight, sound, touch, smell, and taste. There is another sense called the sixth sense. This information is received in the brain in the same way as the physical sense, except there is no physical presence to the sensations received. This can lead to conflicting and often confusing information that the conscious cannot process correctly, as it has no relationship to the physical world.

If we consider the brain as a receiver, and the conscious as the physical, then the subconscious is the spiritual part of our reality. The energy within life is spiritual, which is where the mind resides and where we store all the knowledge and experiences of our existence. When we remember something, we are accessing our mind, much like a computer does to the hard drive, to bring the memory to the consciousness.

Like a computer that has access to the internet, the brain has access via the mind to the spiritual reality. Unfortunately, like a computer which can be affected by a virus, the brain can also be affected by other minds in the spirit world. The brain doesn’t always recognise the location the information is coming from, and so it accepts it as genuine. It’s only by tuning the receiver or brain that we learn to recognise the correct location from which the information originates. There are times when the information is coming from a malevolent source. This can lead to misconception as to what is right and what isn’t.

This book explores the problems and the lack of understanding by the medical and scientific world in relation to certain mental illnesses that are experienced by people in the modern world.

The book featured below is available direct from Amazon. “Schizophrenia or Spirit Possession.” By Mike Williamson. Paperback. 209 pages.

WHEN medium Mike Williamson met Sonia in 2012, she had been a successful businesswoman. Then, heartbroken after her brother’s suicide, she was prescribed antidepressants. These caused sudden mood swings, sleeplessness and lethargy. She also heard voices, felt constantly watched and

– inexplicably – sexually abused. Sonia was used to jogging three times a week, but now irrationally felt anxious about going out. She saw a counsellor and was referred to a psychiatrist, who diagnosed her as a paranoid schizophrenic. To our author, however, Sonia’s were the classic symptoms of spirit possession, or as he prefers to call it, “spirit interference.” Mike maintains it is a condition of the mind, not the brain, and is never cured by drugs.

Schizophrenia, he argues convincingly in this book, is not caused by any neurological or infectious brain disorder. Its sole cause is interference with a

person’s mind by a discarnate spirit(s). Some might be earthbound beings who do not realise they have “died.”

They can latch on to someone they find open to influence like Sonia, perhaps seeking help for themselves or simply recognition. Such spirit entities may not realise they are causing pain or discomfort. Others of a more malicious nature might do so deliberately in an attempt to gain control. Fortunately, Sonia did not accept she was schizophrenic. She had attended Spiritualist churches and was guided to Mike and his circle. Mike has been a practising medium for 35 years. His circle members are Danny, a trance medium, and Vanessa, a clairsentient medium, healer and holistic therapist. In turn, they are supported by a team of spirit guides who are able to deal with any eventuality.

When Mike, Danny and Vanessa visited Sonia at home they found it freezing, which is indicative of spirit presence, although the heaters were fully on. It
had literally become an open house for spirit beings. One by one the interfering entities were encouraged to speak through an entranced Danny.

One had been earthbound since she jumped off a cliff in 1935. Asked why she was not in “heaven,” she replied that she did not think suicides were allowed there. Another spirit communicator was a boy who had drowned accidentally in 1956 and was still seeking his parents. Both spirit individuals were subsequently guided by the spirit team towards a tunnel of light where their loved ones were waiting. These spirits were innocent enough, if troublesome,

but a male spirit entity proved particularly nasty. He said he had no wish to go to heaven because he was having “too much fun here.” He was even pursuing Sonia as a sexual predator, hence her feeling of being abused. Angry and protesting, he was escorted off the premises by the spirit team, wrapped in “a bubble of calming energy” and left to cool down. Over four hours, Mike, Danny, Vanessa and the spirit team cleared the house of unwanted entities and

made it secure. As for Sonia, she recovered completely. Mike quotes extensively from literature which shows the medical profession remains convinced that schizophrenia (along with bipolar disorder, multiple personality disorder and dissociative identity disorder – all caused by spirit interference) is a disease of the brain.

This s because they cannot accept that the mind belongs to the spiritual body, survives death, lives on in another dimension and can therefore be affected by spirit individuals. According to conventional diagnoses, Mike surmises, almost all mediums ought to be institutionalised or put on drugs! Mike argues, however, with many examples, that schizophrenia is spirit interference with the mind (which is energy), and has nothing to do with the brain (which is organic and physical). People can and do, he points out, recover from schizophrenia, with or without drug treatments, but no one recovers from a brain disease. Moreover, drug treatments do nothing to alleviate spirit interference, can damage the brain and make recovery impossible. Alarmingly, he quotes the National Institute for Mental Health as stating that one per cent of the world’s population – 51 million people – has schizophrenia. “Has this got anything to do,” he wonders, “with people being more aware of the spirit world?”

This is an important book because it shows that only a medium such as Mike can recognise schizophrenia for what it is and offer help.